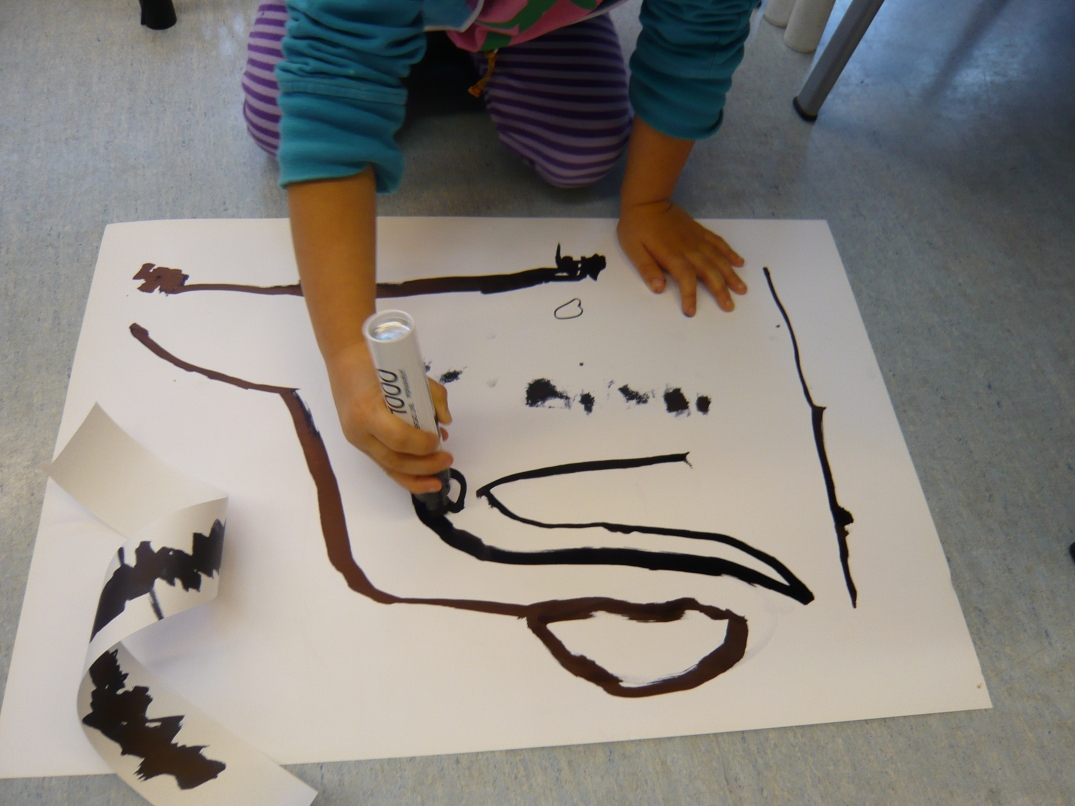 As a part of my atelierista studies I was asking four children at a preschool to make a map over their village. I was interested in seeing if they could do it, how they would do it and which places, buildings or structures that were important or visible for them. I also asked them to collaborate – to draw a map together. They could choose between some different sorts of paper, black pencils of different size, ordinary pencils, and coloured pencils. I was only observing. It wasn’t an easy task, but they really tried. It didn’t turn out to be one map, but three very different.

Two children co-operated and were drawing their houses (incl. family members and a dog), the road to their preschool, the preschool and the gas-station.

One child had a hard time drawing and didn’t want to tell about his work.

One child was drawing ”all of Hammenhög”. He started with the sea outside the village on a separate piece of paper, then the asphalt, his house, the road to Ystad and the road to Kristianstad.